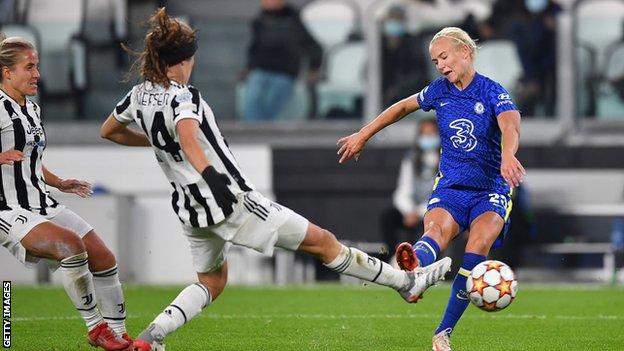 Pernille Harder, right, got the winner in the second half for Chelsea

Chelsea secured their first win in this season’s Women’s Champions League with an impressive display at Juventus.

Erin Cuthbert’s fine solo goal with just over half an hour gone had put the visitors ahead at the Allianz Stadium.

However, Pernille Harder gave Chelsea victory when she reacted quickly in a crowded area to turn in the winning goal.

The win means Chelsea have four points from two games in Group A after they drew 3-3 with Wolfsburg in their opener.

Harder’s goal continued her impressive start to the season for the Blues with the Denmark international’s latest strike her fifth of the season in all competitions.

The 28-year-old also scored the late equaliser against her former side Wolfsburg, who she left to join Chelsea last summer.

“I have had a good pre-season and feel I have adapted into the team. We keep developing, me and also the team – and I like that.”

“She is a key player for this team and I am so delighted she is part of this squad.”

Hayes’ side faced a daunting task in Turin against a team that had won their last 11 games on the trot, a run that also included eight clean sheets at home.

But that near-impenetrable Juventus defence was breached in the 31st minute when Cuthbert received the ball outside the box, weaved past defenders and slotted in.

It briefly silenced a vocal home crowd but Juventus’ response was as impressive as it was swift as Lisa Boattin played a deep ball into the far side of the box where Bonansea had got ahead of the defence to drive inside the near post.

It was the second time in as many games in the competition where Chelsea had scored first only to then concede.

But, unlike against Wolfsburg – where they went 3-1 down before fighting back for a draw – they responded by retaking the lead.

The visitors were the better side in the second half and rewarded for their attacking intent when Harder struck after good work by Fran Kirby and Sam Kerr.

Only an excellent late save late by Pauline Peyraud-Magnin, to keep out Kerr’s shot, prevented Chelsea from winning by a more convincing margin. 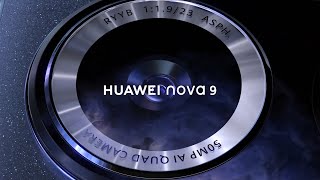 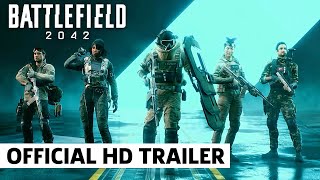 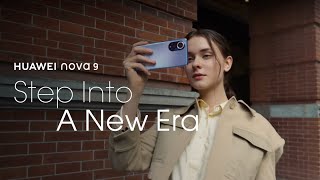